These Interviews were conducted by Steffen & Verena in 2003/2004 as part of a research for a paper at the University of Göttingen, Germany on gender networks and music.

Queer as in challenging heteronormativity 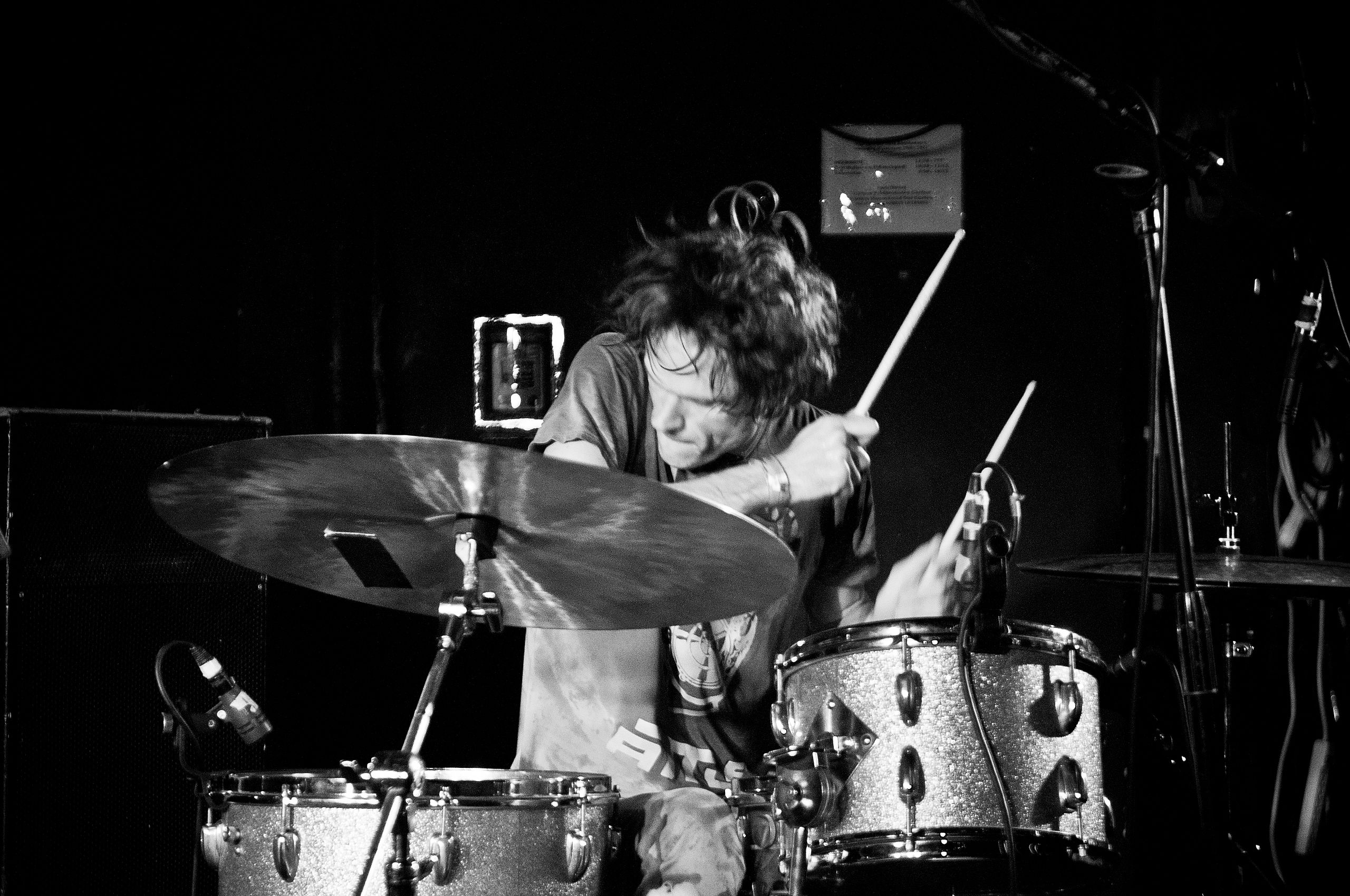 It would be impossible for my politcal opinion to not influence my music or anything else I do. Even if I don’t always want to make “political” music, my music and my politics come from the same person, the same feelings, beliefs, thoughts. Sometimes we do songs with politically relevant lyrics, such as an anti-war song. Other times we do songs that use symbolism to suggest an anti-war opinion without really stating it. But always our music is meant to express freedom from dogmatism, inclusion of a wide range of ideas, and equality of those who participate.

What do you do?
I do many things – sing, play drums, play other instruments, write music, record, mix, produce, drive, do interviews, run the website.

Please describe your political ideology/standpoint.
It’s difficult to turn my thoughts into one ideology. I don’t think I have any ideology actually. I do not follow one system of thought or one political party. Each problem or situation is unique and may require a unique response or solution. At the same time, I am registered with the Green Party and usually my ideas connect with theirs, i.e. left-wing, anti-war, limitation of corporate power, etc.

Does your political standpoint influence your music?
It would be impossible for my politcal opinion to not influence my music or anything else I do. Even if I don’t always want to make “political” music, my music and my politics come from the same person, the same feelings, beliefs, thoughts. Sometimes we do songs with politically relevant lyrics, such as an anti-war song. Other times we do songs that use symbolism to suggest an anti-war opinion without really stating it. But always our music is meant to express freedom from dogmatism, inclusion of a wide range of ideas, and equality of those who participate.

Is there an international network that you find important for your music?
We tour in Europe, UK and Japan and so we have many connections to people around the world. I don’t know if I would call it a “network” because that makes it sound like an organized group. But we like to think that anyone can connect to Deerhoof anywhere, at any time. And when we are playing for people, we aren’t really thinking about the fact that they are “international” or “domestic”, because every person in different and it doesn’t have so much to do with what political borders they live inside of.

What do you think connects the members of this network?
Anything could be the connection. In our case, usually the thing that different people have in common is that they like Deerhoof, but besides that they might be very different from each other. We have 3-year-old fans and 70-year-old fans, musican fans and non-musician fans, radical fans and conservative fans. We try to connect to them all.

Are you an active part of that network? In what way?
We would not refuse a connection to almost anyone, but we don’t usually like to be a part of any organized group or scene. We like to keep our freedom of thought, and sometimes being closely connected to a cer

In what way do you think globalization influences those international networks?
When I think of globalisation, I usually think of exploiting third-world populations for cheap labor. We usually play only in the powerful countries that do the exploiting, not in the third-world countries. However, this is basically because very bands from the powerful countries ever tour in the third world, so it is difficult to know how to start booking a tour like that, and of course in a poor country it would be much more difficult to to make money from playing, even though it would still be neccesary to spend money to get there. But I guess globalization also refers to the spread of one idea, be it aesthetic, philosophical, religious or economic, from powerful countries to the rest of the world.

It is important to us to remain independent from any such idea, even if it comes from our own country. For instance in music, the aesthetic of the dominant culture may be forcing every culture in the world to conform to it, so that all music sounds more alike, or all music is to be judged by the same standards or the same criteria. I’m not really sure that music around the world is really sounding more and more alike actually, because it deep down it is impossible to control people’s creativity, or control their dreams. Even if music sounds more alike on the surface, it may still be very different at its core. As for all music being judged by the same standards, this may be happening, but in Deerhoof we always try to problematize this judgement. We try to confuse the listener’s ability to judge the music by any pre-concieved criteria, partly by attempting to make unfamiliar music, and partly by mixing together musical materials that would separately signal that it is “high art” and “low art”.

Did you experience gender-related problems?
In our case it is difficult to separate gender problems and race problems, because the one woman in our band is also the one non-American. (Satomi is from Japan.) Usually we are fine, but sometimes we are forced to interact with people who take a condescending attitude towards her, by not taking her seriously or by giving her unwanted advice. Luckily this doesn’t usually happen to us – our fans seem to be about 50% female. Within the band, gender is not a big problem, although sometimes I think Satomi would enjoy having another woman (or another Japanese person) around when we are on tour.